Villa Savoy: Where the Modern Home Was built Sounds Spanish but there FRENCH/SWISS?? 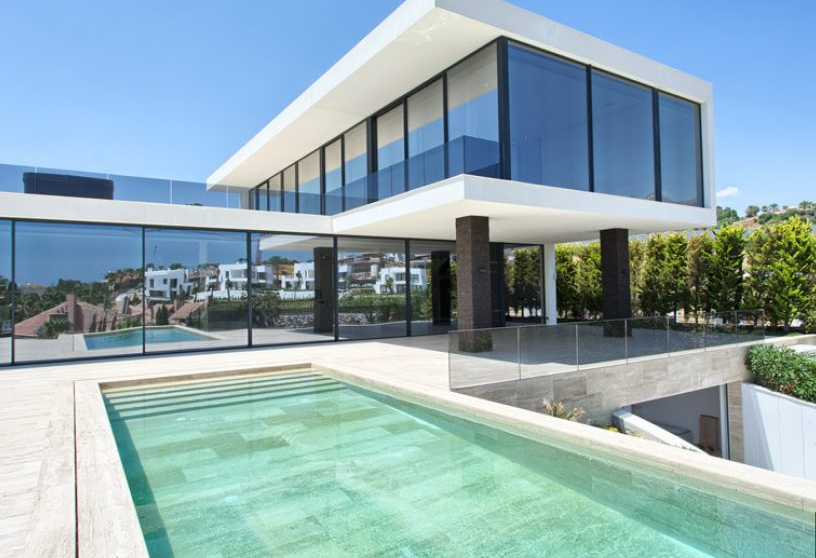 Take a look at this photo below:

So when do you think this house was designed????

Take a Peak at another

So remember when your grand parents said we really haven't come that far and technologically has remained stagnant well they've probably never seen a modern cell phone but if they're still looking at housing they may be right.

In the 1920's led by a Swedish French duo (Le Corbusier &  Robert Mallet-Stevensn) who wanted to put a new light on the design by introducing Villa Savoye, Villa Noailles, and Villa La Roche Jeanerette, I left out the rest because you would hear the French background but it is actually Le Corbusier Villa Savoye. In a time when everyone was asphyxiated in the clouds of Victorian, cottage, and craftsman style homes the 5 point idea takes shape. What is the Five Point view of architecture see below
See even though I am taking you to Spain for some of the best renditions of the modern home its important to note that most of this design takes a foot hold from the gem of architecture Le Paris.

So now as we continue to evolve in the way we drive (we don't drive), the way we talk (we don't talk), one thing will have to be stagnant until they device walking baths, headphones that feed you, and glasses that mimic sleep so you won;t have to do that. There is the spirit of this modern housing, what I call the newest trend that once construction costs are lowered will start to be normal sighting around you..

One of the places I feel has the best mesh of modern and environment due to its luscious green, mixed with high places happens to be Spain. The most modern take on this is a new area is Nueva Andalucia

Now that you've seen, (TIME FOR THE SALES PITCH) send an email to realestate@macheene.com for additional information on homes. We can arrange your visit along with any questions you have on purchasing these properties